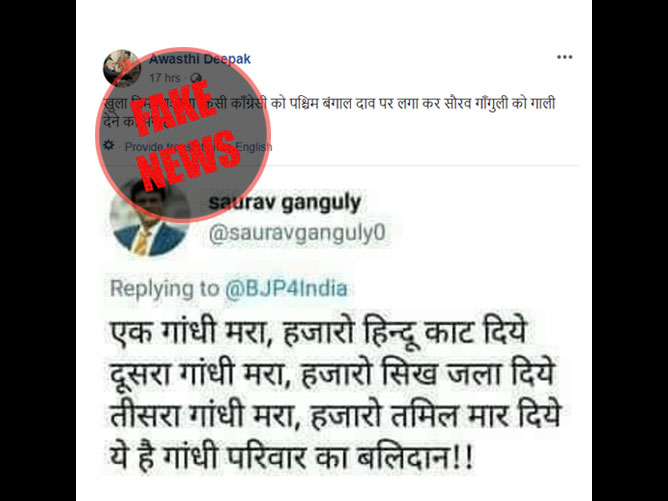 Sourav Ganguly’s fake tweet has been viral for many days on the social media. Facebook user named Awasthi Deepak (@ awasthi.deepak) posted a post on the 5th of March sharing this post and said “Open invitation: Does any Congressman have courage to abuse Sourav Ganguly”.

Now it was time to reach the source of the fake tweets. For this, we searched some of the posts on Facebook and Twitter. The lines used in the post were first used on Facebook on December 2, 2017 by a user named Apna Shubham (Varun). You can see this clearly in the image below.

When we scanned the profile of this user, we got many details. According to the Facebook intro, Shubham is living in the Garhwa district of Jharkhand.

Conclusion: In our investigation, we found that the tweet which is going viral in the name of former cricket captain Sourav Ganguly of the Indian cricket team is fake.