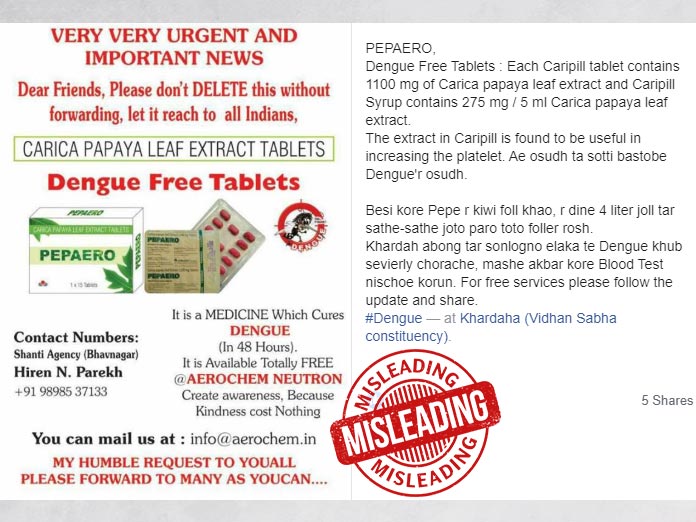 Vishvas News started its investigation by breaking down various elements of the viral claim.

Vishvas News spoke to Vikram Chandwani, the owner of Aerochem Neutron. He confirmed that the medicine named Pepaero is manufactured by them.

He further said that the medicine shown in the viral image does not cure dengue. It helps in increasing the low platelet count.

He further explained that there is a process in which an email is sent to people stating the dose of the medicine and when it should be taken to people who contact them for information.

Dr. Virendra Mittal of Metro Mas Hospital, Jaipur stated that: “The medicine might help a little but it is not possible that dengue can be cured by this medicine within 48 hours.”

Pepaero cannot cure dengue in 48 hours. The viral post is misleading. The manufacturer of Pepaero states that the message is not circulated by him or his company.