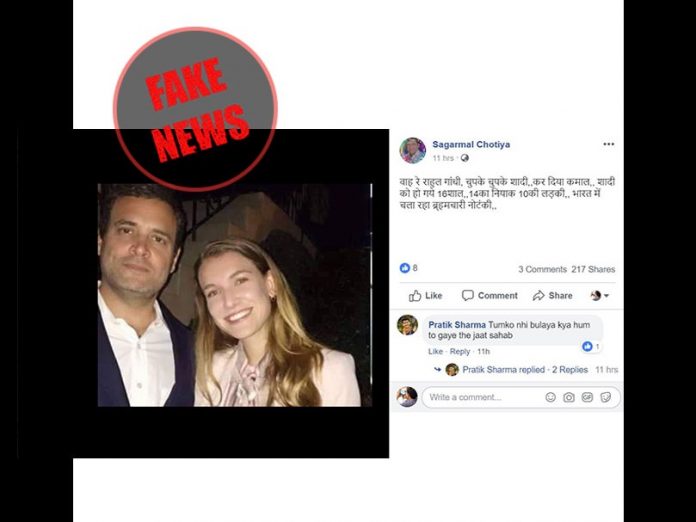 Nathalia posted this photo on Facebook and Twitter on December 14, 2017, both on the same day. In his post, Natalia expressed gratitude to the Berggruen Institute for his meeting with Rahul Gandhi.

When we searched the news using ‘Berggruen Institute’ keywords we found an article on HuffPost, in which Rahul Gandhi and Nicolas Berggruen of the Institute published the conversation. On September 29, 2017, Rahul Gandhi shared this interview with his official Twitter Handle.

In the institute, the video of Rahul Gandhi’s program can also be seen, in which he appears with Milind Deora and Sam Pitroda.

This video was uploaded on Youtube by Berggruen Institute on 21 September 2017.

According to the report published in The Hindu by News Agency PTI, Rahul Gandhi’s American tour began in 2017 from September 11, which lasted for two weeks. It can also be seen on Rahul Gandhi’s Twitter handle.

After this we searched the profile of Nathalia Ramos. Nathalia has described acting as her profession. It has also been confirmed through news reports.

Natalia has also played lead roles in season 1 and season 2 of House of Anubis.

Apart from this, she has also worked in several series, TV shows and films.

Congress spokesperson Rajiv Tyagi dismissed this claim and said that it is an attempt by the ruling party to spoil the image of Rahul Gandhi.

The article was originally written by Abhishek Parashar. This is a translated version.