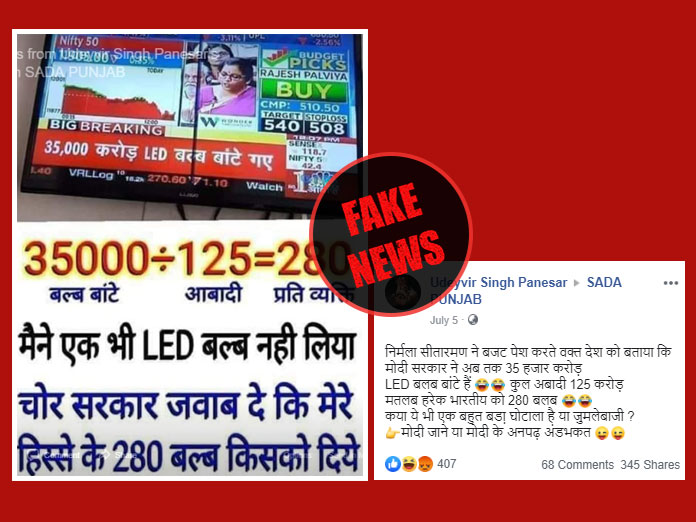 In the screenshot of the CNBC Awaz News channel, Finance Minister Nirmala Sitharaman can be seen giving budget speech. The description reads, “Nirmala Sitharaman told the country while presenting the budget that the Modi government has so far distributed 35 thousand crore LED bulbs. Total population is 125 crores, means every person has got 280 bulbs. Is it a big scam or a gimmick?”

We also read the written speech of the budget, which also says “about 35 million LED bulbs”.

According to the website of the Ujala scheme, about 35 million 31 lakh led bulbs have been made till date.

For more confirmation, we contacted CNBC Awaz’s Group Editor Prabal Pratap Singh, who told us that the related department will respond to our query soon. However, no official reply has come from them so far. This story will be updated as soon as they revert.

This post was shared by many social media users. One of them is SADA PUNJAB. The page has round 129,000 members.