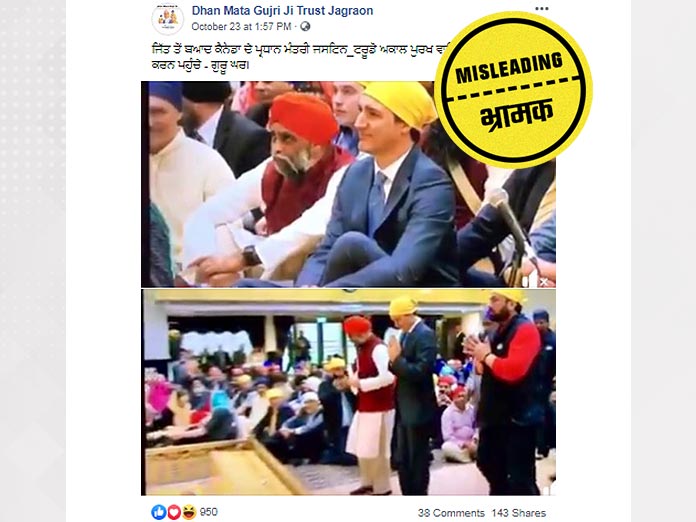 To investigate this post, we first took screenshots of these pictures and searched them on Google reverse image. We found a news link of voiceonline.com in which similar images were used. Headline of the news story was: PM’s security officers entering Ross Street Gurdwara’s Darbar Hall with shoes on creates controversy

This news story was published on 16 April 2019 which proves that viral images are not new. You can find the similarity between the images down below:

To get an official confirmation on these photos, we contacted the Canadian Prime Minister’s Office. Responding via email, Prime Minister Trudeau’s Press Secretary Brook Simpson said that the photos are not clicked recently, but old and were clicked when Justin Trudeau went to a Gurdwara with his colleagues on Vaisakhi.

Conclusion: In our investigation, we found that these pictures are old when Justin Trudeau went to a Gurdwara with his colleagues on Vaisakhi in April 2019.