Fact Check: Priyanka Gandhi is not wearing cross, the viral image is photoshopped 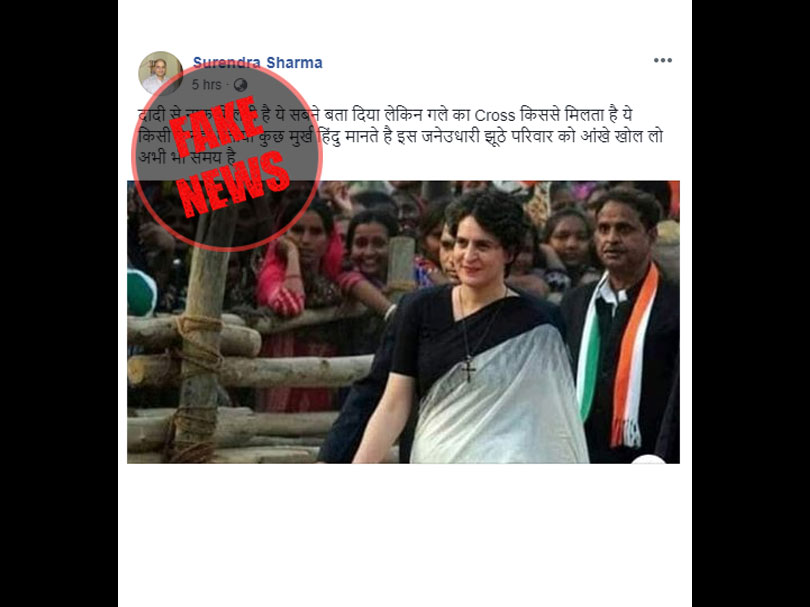 In our investigation, we found that this photo was taken by photographer Sanjay Kanowia.

The real photo was taken on February 17, 2017, when Priyanka Gandhi arrived in Rae Bareli in Uttar Pradesh for a rally to support the party’s candidates in the Assembly elections.

For more clarity, we put both of these photos in the Magnifier section of the Invid Tool and the difference was clearly visible.

This photo was shared by a Facebook user named Nigam Shobhit. We scanned his profile and found that he is a resident of Lucknow and all his posts are in favour of a particular political party.

Conclusion: In our investigation we found that the photo being shared is photoshopped. Priyanka Gandhi was wearing a leaf shaped pendent in her neck, not a cross.