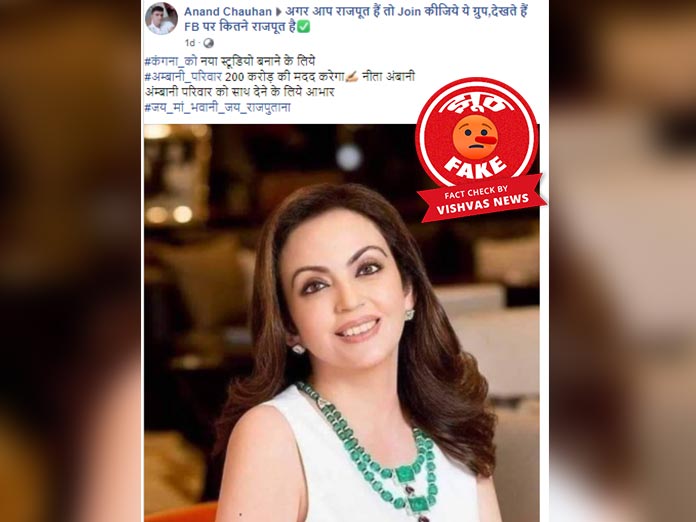 As a first step in our investigation, we tried to search on the Internet using keywords. We did not find any authentic news of such an announcement by Ambani family.

We approached the public relations officer of the Reliance Industries to verify the claim. He denied the claims made in the viral post and confirmed it as fake information.

The BMC, on Wednesday demolished the illegal construction at Kangana Ranaut’s residential office in Mumbai. The detailed news published in Dainik Jagran can be read here.

Social scanning of the facebook group: “Join this group if you are a Rajput, let’s see how many Rajputs are on FB” that shared the fake claim revealed that it has 2,458,718 members.

Conclusion: The viral post is fake. The Ambani family is not giving Rs 200 crore for Kangana Ranaut to rebuild her office.