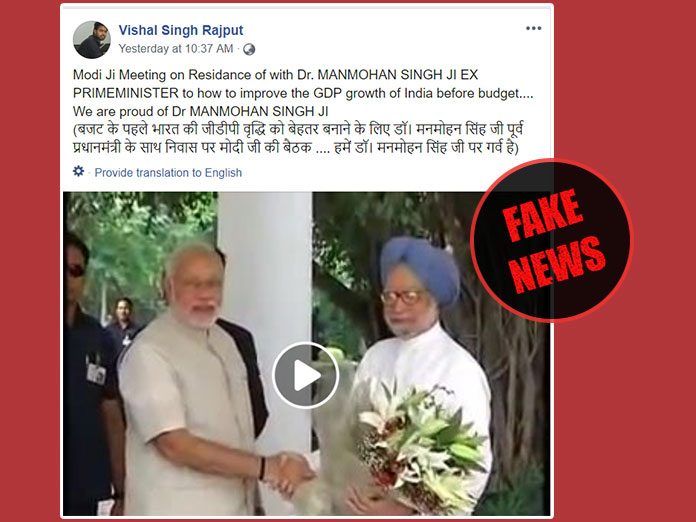 The video of Narendra Modi – Manmohan Singh meet is doing rounds on social media. Facebook user Vishal Singh Rajput uploaded the video on July 2, 2019 with a claim that Narendra Modi is meeting Manmohan Singh on his residence before the budget and discusses on how to improve the GDP growth of India.

The video is also uploaded on Youtube by the channels of various other users.

Vishvas Team started searching the details about the viral video. We found a video on the Youtube channel of Narendra Modi. This is the same video which is now getting viral. In the video uploaded on May 27, 2018, Narendra Modi and Manmohan Singh can be seen together.

Vishvas News investigated and found that the viral video of Narendra Modi and Manmohan Singh claiming to be that of the recent meeting before budget to discuss how to improve the GDP growth of India is fake.