Fact Check: This picture is not of wildfires in California, viral claim is fake 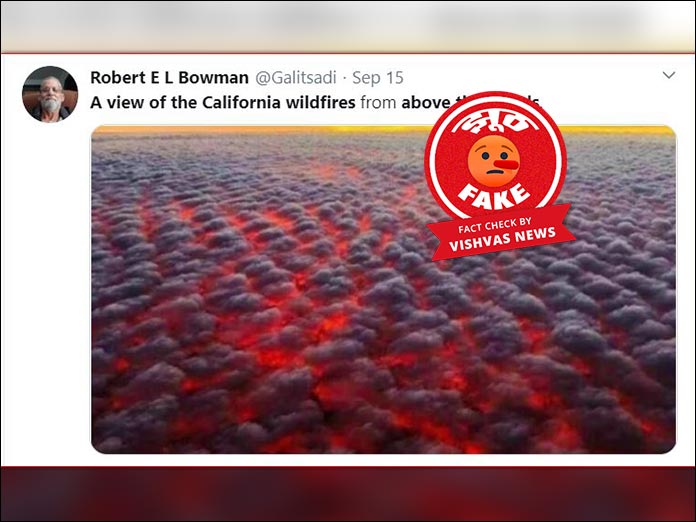 New Delhi (Vishvas News). A viral post shared with a picture claims that the picture is of the wildfires in California.

Vishvas News investigation revealed the claim is fake. The picture is of sunset from above the clouds and not of any forest fire.

Twitter user Robert E. L. Baumann @Galitsadi, uploading a picture on September 15, wrote: ‘A view of the California wildfires from above the clouds.’

It has been claimed that this picture taken from above the clouds is of fire in the forests of California. Apart from Twitter, the picture is viral on Facebook and Instagram. The archived version of the post can be seen here.

We contacted Nathan Province of Hawaii to verify the claim.  “This is a picture of Hawaii. I took it at sunset from a height of 30 thousand feet.  This picture is viral with wildfire claims, ” said Province.

Social scanning of the user’s profile who shared the picture revealed that he hails from Texas Hill County, USA and has 666 followers.

Conclusion: The viral claim is fake. This viral picture is of sunset in Hawaii and not of any forest fire.