Quick Fact Check: Fake Post Claiming Bears From Kashmir Resurfaces; Photo Is Of Conservation Centre In The US

The photo showing bears eating apples is not from Kashmir. It is from a conservation center in the US. The image has resurfaced on social media. 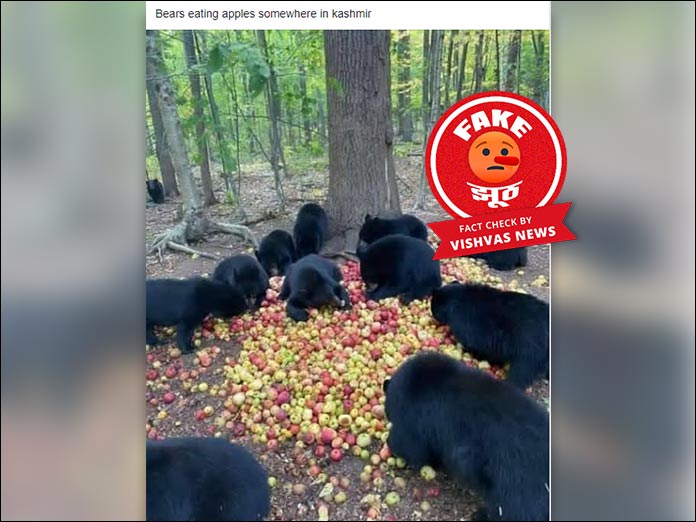 New Delhi (Vishvas News): A photo showing black bear cubs eating apples under a tree has resurfaced on social media. Vishvas News has received the post on its Whatsapp Chatbot (+91 95992 99372) to fact check. The caption alongside the post claims that the photo is taken in Kashmir.

When Vishvas News had earlier investigated we found the viral claim to be false. In fact, the photo is taken at the Kilham Bear Center in New Hampshire, US and not in Kashmir.

Vishvas News investigated using the Google reverse image tool and found the same image on the website of Diply in a report dated September 26, 2020. The photo had been credited to a Twitter user John Fusco, a US-based screenwriter.

Even though their was no mention in the tweet regarding the location of the photo but the profile description of John Fusco mentioned the link of Kilham Bear Center.

Conclusion: The photo showing bears eating apples is not from Kashmir. It is from a conservation center in the US. The image has resurfaced on social media.