The post claiming MR Vaccine causes infertility is fake. The post has resurfaced on social media after an year Vishvas News debunked it. 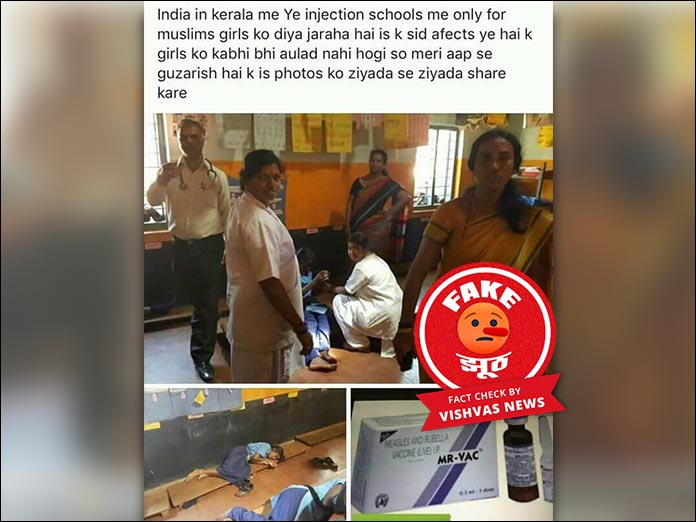 New Delhi (Vishvas News): A post has resurfaced on social media, It claims that schools in Kerala are forcibly injecting Muslim girls with a vaccine that can make them infertile as its side effect. One of the photos shows a vaccine MR-VAC, which is a common Measles-Rubella Vaccine. Vishvas News had earlier investigated the post and found it to be fake.

Vishvas News received a post on its Whatsapp Chatbot for fact check. The post claims that in a school in Kerala, a vaccine is being forcibly injected in Muslim women. As per the claim, the vaccine causes infertility in women. The photo of the vaccine was also shared.

As per the description of the medicine stated in the manufacturer’s website, MR-VAC is recommended in infants, children, adolescents, and adults and it is highly safe and well-tolerated.

Conclusion: The post claiming MR Vaccine causes infertility is fake. The post has resurfaced on social media after an year Vishvas News debunked it.