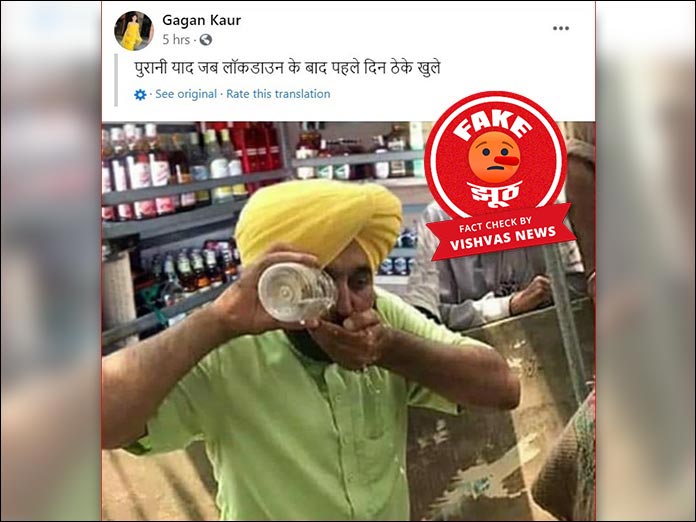 Vishvas News (New Delhi): A morphed picture of Aam Aadmi Party MP Bhagwant Mann is going viral on social media. As per the claim made with the post, when liquor shops opened after the lockdown last year, Bhagwant Mann was seen consuming alcohol.

Facebook user Gagan Kaur, while uploading the edited picture of Bhagwant Mann on March 17, wrote in Punjabi: “When liquor shops opened the first day after lockdown.”

We found this picture on the Facebook page called Aam Aadmi Party Youth. It was posted on May 9, 2019.

Vishvas News conducted compared both the pictures. It can be clearly seen that behind the original picture of Bhagwant Mann, the picture of liquor bottles is pasted separately.

We scanned the profile of the Facebook page Gagan Kaur who shared the viral post. We found that the page was created on July 21, 2017.

Conclusion: Vishvas News investigated the viral post and found it to be fake. A morphed picture of Aam Aadmi Party MP Bhagwant Mann is going viral on social media.