Fact Check: This is not the picture of Muzaffarpur flyover in Bihar, viral claim is fake 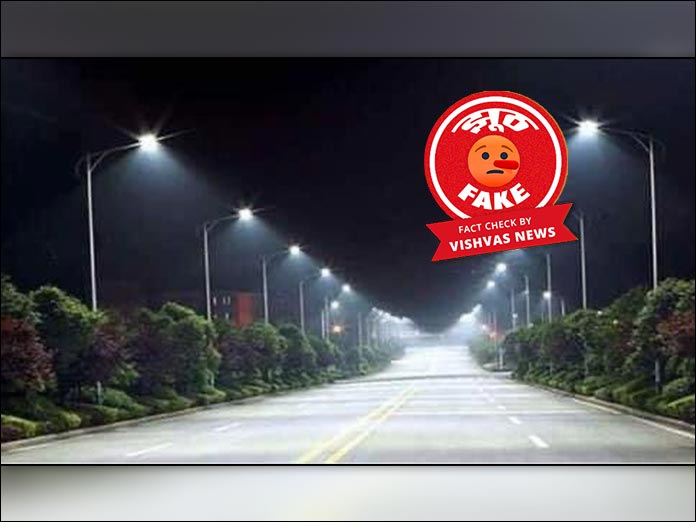 Vishvas News investigation revealed the claim is fake. The picture is of RHS flyover in Hyderabad. It is not the picture of any roads in Muzaffarpur or China as in the viral claims.

Twitter user ‘Deepali Bharti’ shared the viral picture writing, “The picture that BJP is referring to Muzaffarpur is actually a street in China. In 2018, this picture was shared as from Orissa…”

Many other users have shared this picture with similar claims as from Bihar.

The viral post has a screenshot of a photo shared by BJP leader Suresh Sharma that informs about Street Light Scheme in which a total of 17,554 street lights have been installed in Muzaffarpur.

We found this picture in The News Minute article published on on 10 August 2020. It clarified to us that the viral image is of the 780meter long flyover at Bairamalguda Junction in Hyderabad.

Telangana’s Urban Development Minister KT Ramarao has shared four images of the flyover including the viral picture in a tweet posted on 9 August.

We contacted Noor Mohammed, TV-9 reporter in Hyderabad to verify the claim. He told us that the viral picture is of Hyderabad’s RHS flyover. “This flyover was opened for the public in August. Only LED lights have been used for lighting the flyover,” said Mohammed.

Social scanning of the user who shared the viral claim revealed that the account has more than thousand followers and is active since May 2020.

Conclusion: The viral post is fake. The image of Hyderabad’s RHS flyover is viral with fake claim.