Fact Check: This picture of broken road is not of Varanasi, but Ahmedabad in Gujarat

The viral picture of a broken road in the name of Varanasi in Uttar Pradesh is from Ahmedabad in Gujarat. 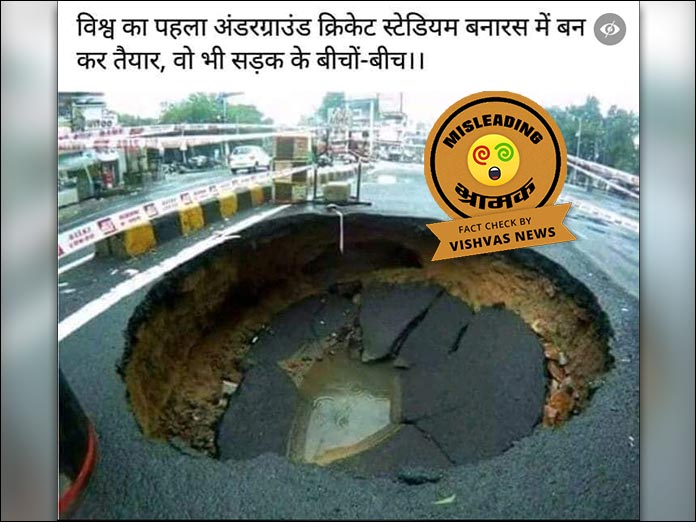 New Delhi (Vishwas Team). A large pit on the road can be seen in a viral picture  on social media. It is being claimed that this picture of the broken road is from Varanasi in Uttar Pradesh.

The claim turned out to be misleading in Vishwas News investigation. The picture of the pit on the road is from Ahmedabad in Gujarat, which is being spread in the name of Varanasi.

Over 200 people have shared the picture. Many other users have shared this picture with similar claims on other social media platforms.

We found this picture on the official Twitter profile of Sanjeev Bhatt (IPS) when we Google reverse-image searched it. On 29 July 2017, tweeting the other three photographs along with this photo, he described it is in Ahmedabad in Gujarat.

The user who shared the viral picture described himself as a resident of Chhibramau in Uttar Pradesh.

Conclusion: The viral picture of a broken road in the name of Varanasi in Uttar Pradesh is from Ahmedabad in Gujarat.