Coke didn’t write ‘Try to be less white’ on its cans; the viral photo is altered. 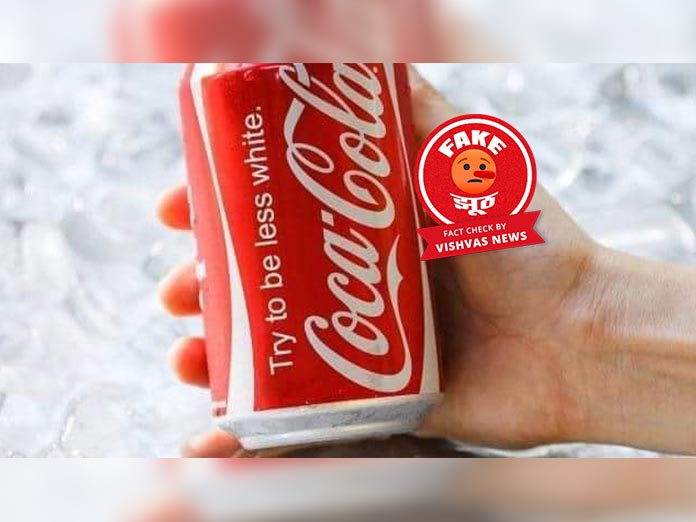 New Delhi (Vishvas News): A photo circulating on social media shows a coca-cola can with the text ‘Try to be less white’ written on it. Vishvas News investigated and found that the viral photo is altered. The can shown in the photo isn’t the real coke can.

A post shared on Facebook shows a coca-cola can with the text ‘Try to be less white’ written on it.

Vishvas News performed Google reverse image search of the viral photo but the search did not land to any authentic report. However, we found a similar photo with the same background but without the text ‘try to be less white’ written on it. The original is a stock image captured in 2014, and archived by Shutterstock. It can be found here.

We scanned the social media accounts of the coca-cola company and also its website but did not find any such photo as shared in the viral image.

The post is shared on Facebook by a user named Jon Quinn. When we scanned the profile of the user we found that the user is based out of Washington.

Conclusion: Coke didn’t write ‘Try to be less white’ on its cans; the viral photo is altered.