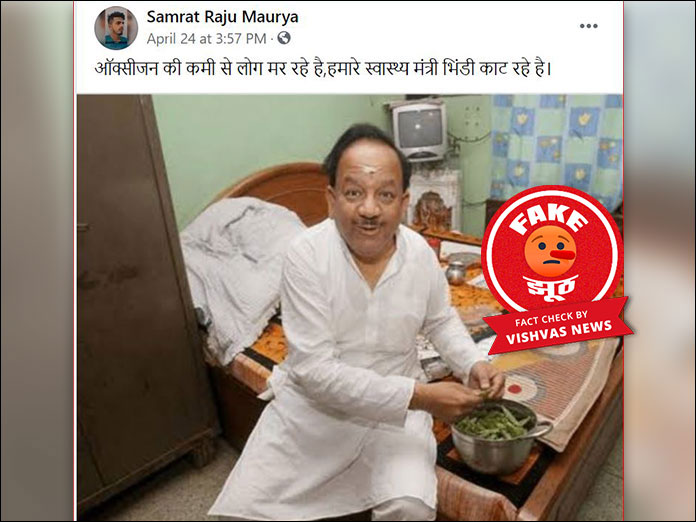 Vishvas News (New Delhi): Amidst the increasing cases of coronavirus in India, an old picture of Union Health Minister Dr. Harsh Vardhan is going viral on social media stating that when people are dying due to lack of oxygen, our Health Minister is chopping ladyfinger.

Vishvas News investigated and found that the old picture of the Union Minister is going viral now with the fake claim.

Vishvas News first started searching the picture going viral on Google. We found the same picture in a report on Livemint’s website. The picture was used in a report published on December 8, 2013. This report was related to the Delhi elections. The report can be read here.

We scanned the profile of the user who shared the fake post. We found that the Facebook user Samrat Raju Maurya posts against political parties. We could not get more information from this account.

Conclusion: Old picture of the Union Health Minister Dr. Harsh Vardhan is going viral with the fake claim. Vishvas News, in its investigation, found the viral post to be fake.