Fact Check: The pictures of a man replacing the Ukrainian flag with the Soviet Union flag are not the latest

In the investigation of Vishvas News, this claim turned out to be misleading. These pictures are not recent. 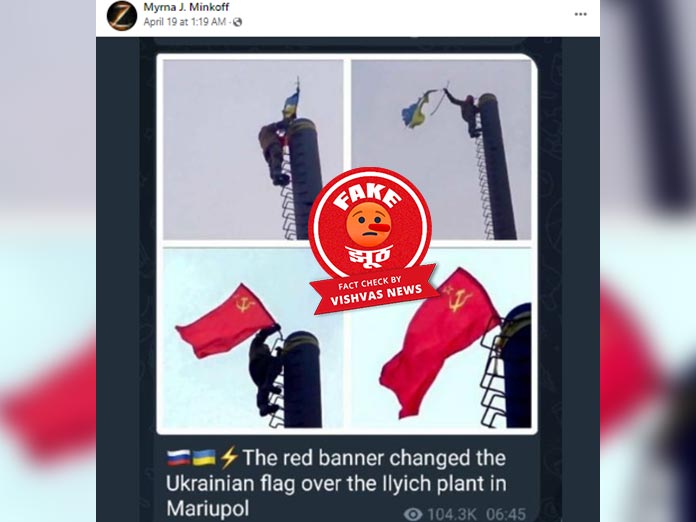 To check the viral post, we did a Google reverse image search of these pictures. We found a video uploaded on March 3, 2015, on a YouTube channel named ригада ризрак. Viral clips can be seen from 4 min 5 sec onwards in this 4 min 23 sec video.

We also found the same frames in a video uploaded on March 4, 2015, on a YouTube channel named VOXKOMM International. The video description read “Raising the Soviet flag on Donbass.”

We have contacted the fact-checkers of Ukraine regarding this matter. This news will be updated as they respond.

User Myrna J. Minkoff, who shared the viral post with a false claim, is a resident of Uruguay.

Conclusion: In the investigation of Vishvas News, this claim turned out to be misleading. These pictures are not recent.