We found in our investigation that this claim is false. The woman in the viral picture isn’t Olympic Bronze Medallist Lovlina Borgohain. 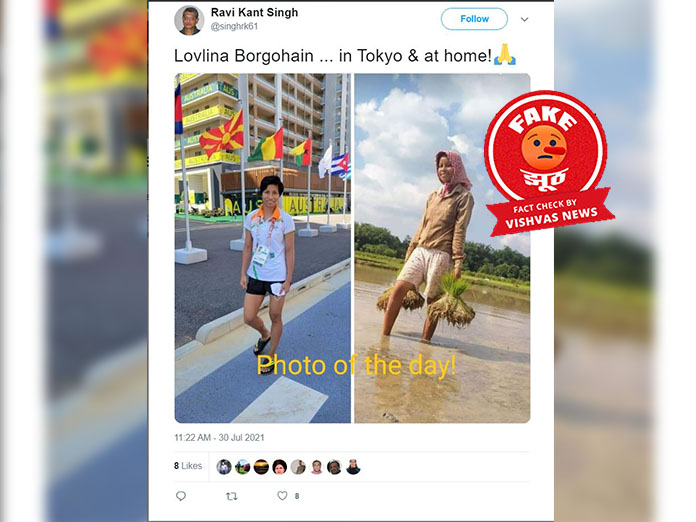 Vishvas News (Guwahati) – Amid many fake posts about Tokyo Olympics, a post is viral on social media where a girl can be seen sitting in the middle of the farm. The post is claiming that this woman is Olympic Medallist Lovlina Borgohain. We found in our investigation that this claim is false. The woman in the viral picture isn’t Olympic Bronze Medallist Lovlina Borgohain.

We then contacted Olympic medallist Lovlina’s Family. They confirm that this photo is not Lovlina’s.

Twitter user Ravi Kant Singh, who shared this viral photo, is a resident of Delhi and is a ‘broadcast professional’. He has 246 followers.

Conclusion: We found in our investigation that this claim is false. The woman in the viral picture isn’t Olympic Bronze Medallist Lovlina Borgohain.