Fact Check: This video is from Pakistan, not India

The viral post turned out to be misleading in the investigation. This video is from Pakistan, not India. 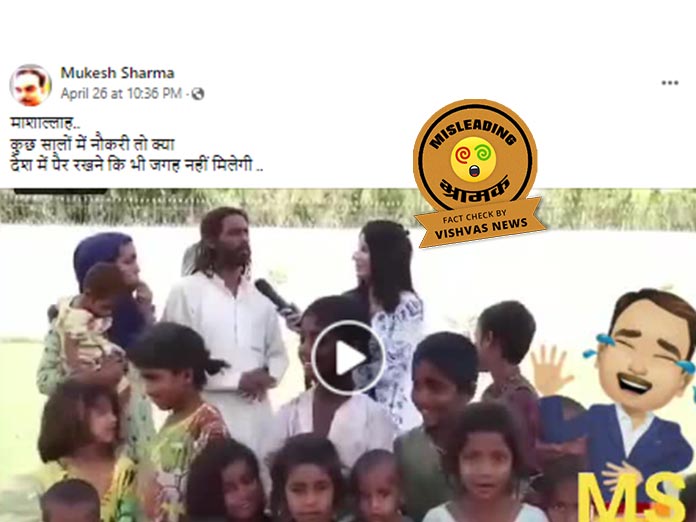 Vishvas News first uploaded the viral video to the InVID tool. we then searched the screengrabs on Google reverse image. We found the viral clip in a video uploaded on 11 April 2022 on a YouTube channel named Leader TV HD. The Pakistan hashtag was used in the description along with the video. In the About Us of YouTube channel, the location of the channel has been given as Pakistan.

In the next phase of the investigation, we reached out to Leader TV HD via email. In response, They confirmed that the video is from Pakistan and the man was interviewed by reporter Ani Faisal.

In the final phase of the investigation, we investigated the user who made the video of Pakistan viral by saying that it was from India. We came to know that the user Mukesh Sharma lives in Pune.

Conclusion: The viral post turned out to be misleading in the investigation. This video is from Pakistan, not India.