Fact Check: Tweets from fake accounts claimed to be of Doctor Kafeel Khan and his wife are viral 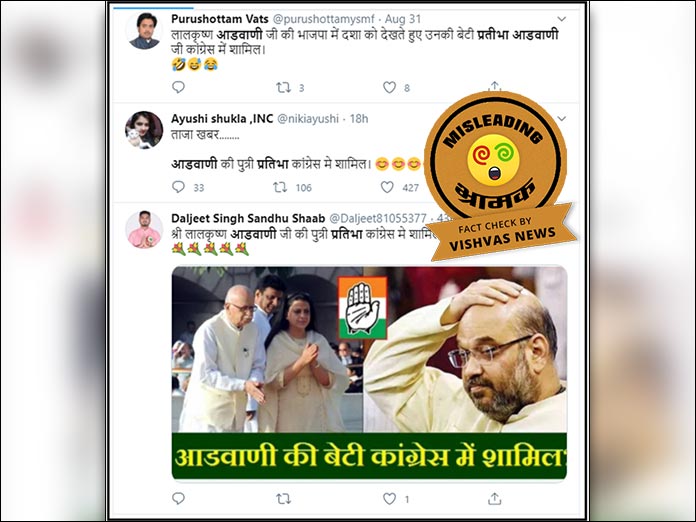 New Delhi (Vishvas News). A viral post on social media has two screenshots of tweets from Dr Kafeel Khan and his wife Shabista Khan. Soon after Dr Khan’s release from Mathura jail, tweets from fake twitter handles operating in their names are viral on social media. Vishvas News investigation revealed that both the accounts used in the viral post are fake.

The Twitter user Shabista Khan @Shabbo_khan tweeted a post with a picture of Dr Kafeel Khan and his wife saying,
“Thank you all for your hard work and blessings,”

The second screenshot was of a Twitter handle named after Dr. Kafeel Khan.

The Twitter user Dr. Kafeel Khan @DrKafeel_Khan wrote, “Today I got the bail, thank you all heartily for praying for me.’

Vishvas News first started searching Google for the news of Dr. Kafeel Khan’s release. In many places we got news related to his release.

According to the news of jagran.com, Dr Kafeel Khan who was lodged in Mathura jail was released after an order from the Allahabad High Court. The news article can be read here .

After this we contacted Kasif Jamil, younger brother of Dr. Kafeel Khan.  Jamil clarified to us that both the screenshots used in the viral post are fake. “This is a fake account created in the name of Dr. Kafeel and his wife,” said Jamil.

Vishvas News examined the account made in the name of Dr. Kafeel’s wife on twitter.  We found a handle named shabbo_khan_ created on April 2019 and it had over 7200 followers. Pictures of Dr. Kafeel, his wife and children were used in the account. We also found the viral tweet in claim that was posted on September 1 from this account.

In the next phase of the investigation, we examined the second screenshot used in the viral post. We found this account on Twitter @DrKafeel_Khan. It was created on May 2020 and had over 20,000 followers.   Here also found the viral tweet in claim posted from this account.

Social scanning of the Facebook user Md Wasay Zafar who posted the screenshots revealed that he is from Patna and is active in the field of education.

Conclusion: Vishvas News investigation revealed that tweets from fake twitter accounts of Dr Kafeel Khan and his wife are viral.