Fact Check: This girl doing continuous backflips in the viral video is Chinese, not Indian

Vishvas News in its investigation found that this claim is false. Actually, this girl doing backflip is Chinese, not Indian. 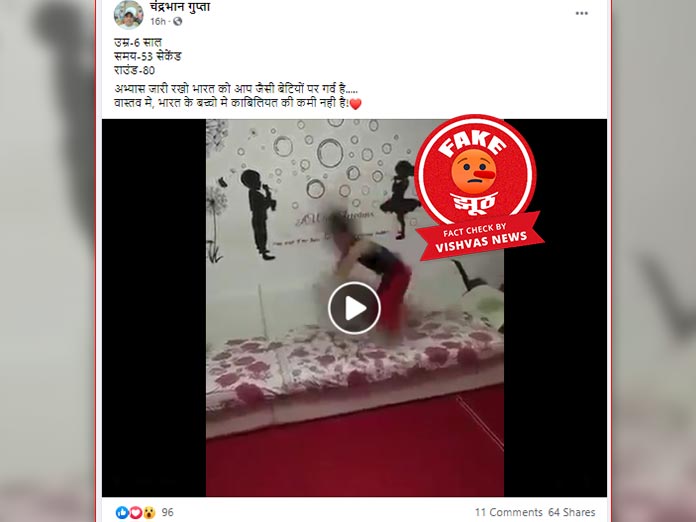 The caption accompanying the viral video on social media reads “Age-6 Years, Time-53 Seconds, Round-80. Keep practicing, India is proud of daughters like you…..in fact, there is no dearth of abilities in the children of India.”

We searched the keyframes of this video using Google reverse image. On searching, we found this video uploaded on South China Morning Post’s verified YouTube channel on Aug 25, 2020. According to the description written in the video, the video is from China.

We searched with keywords and found news about this baby girl on indianexpress.com. According to the news, “The girl has been identified as 6-year-old Li Xiamin. According to local reports, Li lives in China’s Shanxi province and is trained by her martial arts-trained father.”

We also found this news on thedailychina.org.

Many people are sharing this video on social media with false claims. One of these is a Facebook user named ‘Chandrabhan Gupta’. As per the profile, the user hails from Aligarh and has 2,354 followers on Facebook.

Conclusion: Vishvas News in its investigation found that this claim is false. Actually, this girl doing backflip is Chinese, not Indian.