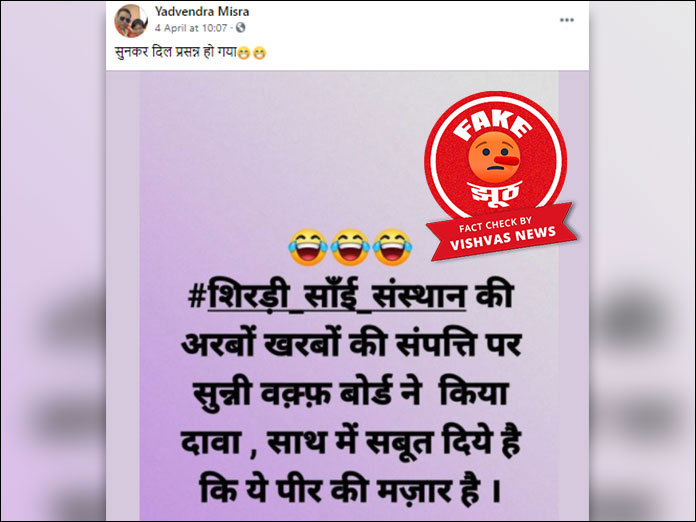 Facebook user Yadvendra Misra shared a post, writing – ‘Sunni Waqf Board made a claim on the trillions of wealth of Shirdi Sai Trust, with the evidence that it is Pir’s tomb.’ While uploading the post, the user wrote in the caption, ‘Heart is delighted to hear.’

We search the claim on Google using appropriate keywords. We did not find any related news in the search. If there was any such news, it would have been definitely present in the news.

Vishvas News spoke to Ravinder Thackeray, the Deputy CEO of Shirdi Sai Trust and he also confirmed that the news going viral is fake.

In the social scanning of Facebook user Yadvendra Misra who shared the post with the fake claim, we found that the user is based out of Lucknow, Uttar Pradesh.

Conclusion: Vishvas News found in its investigation that this claim is fake. Sunni Waqf Board did not claim the property of Shirdi Sai Trust. The post going viral is fake.