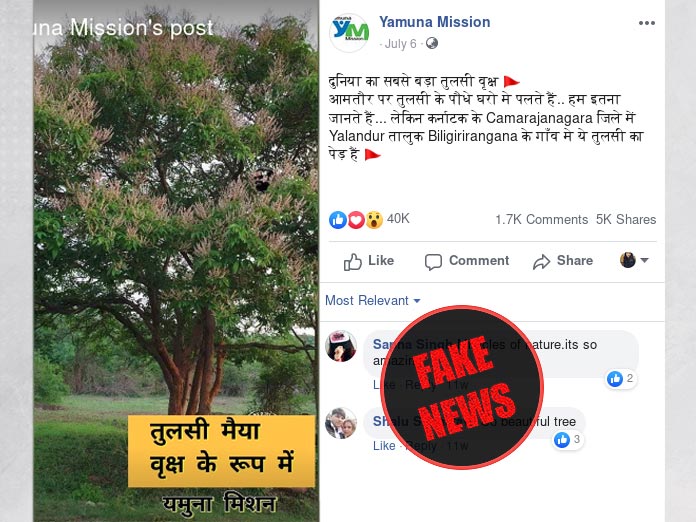 A photo of a tree is getting viral on social media with a caption that claims that it is the World’s Largest Tulsi Tree in Karnataka. Vishvas News investigated and found that the viral post is fake.

A photo of a tree is circulating on social media with a claim that the largest Tulsi tree of the world has been found in Karnataka.

Since Tulsi plant has medicinal values is also worshipped across India, if any such thing like World’s largest Tulsi tree existed, it would have been grabbed media attention. But, there isn’t any such report available online.

Vishvas News spoke to Mr. Neeraj Kant, Asst. Director (Horticulture), NDMC and discussed about the viral post. He said: “The tree shown in the pic is not Tulsi. Tulsi never attains this much height. This is fake.”

We used Invid magnifier tool to look at the image closely. Tulsi leaves are relatively small in comparison to the tree in question.