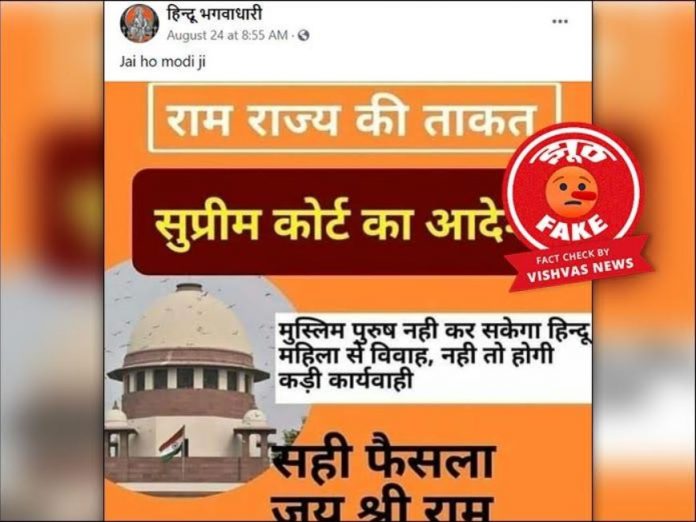 New Delhi (Vishvas Team). A viral post on social media claims that Supreme Court has ordered that Muslim man will not be allowed to marry a Hindu woman. Vishvas News investigation revealed the claim to be fake.

This post has been shared on the Facebook page Hindu saffron, which reads, “Supreme Court order: Muslim men will not be able to marry Hindu women. The archived version of the post can be seen here.

We also looked at the Supreme Court website and we could not find a copy of any such decision in the latest judgments.

Vishvas News contacted Supreme Court Lawyer Sneha Singh to verify the claim.  Singh said that she is always updated about any decisions made in the Supreme Court every day and confirmed that no such decision was ever made. “The post is completely fake,” she said.