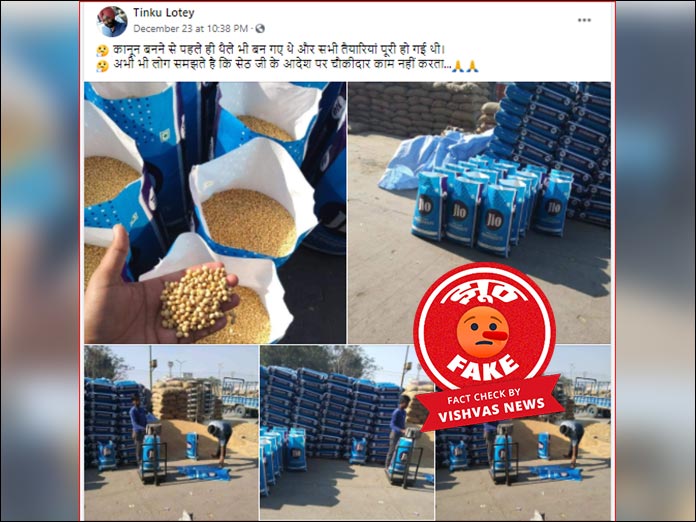 New Delhi (Vishvas News). Amid the farmers’ movement on the borders of the country’s capital, viral pictures of foodgrain sacks with Reliance Jio logo is viral on social media with a claim that Mukesh Ambani has procured for cheaper rates.

Several pictures of food grain sacks with Jio logo are viral on social media with a claim that Ambani had procured them from farmers in cheaper rates for selling. Facebook user Tinku Lotey shared a post with viral pictures writing, “Bags were manufactured even before the law was made and all preparations were completed…” The archived version of the post can be seen here.

We found such similar claims shared in different Indian languages like Hindi and Tamil.

Vishvas News first searched on the official Jio and Reliance website for information about new food product launch. While an individual can do online grocery shopping Reliance Jio Mart, we did not find any authentic sources confirming the viral claim.

Social scanning of the FB page that shared the viral post revealed that it is operating from Punjab.