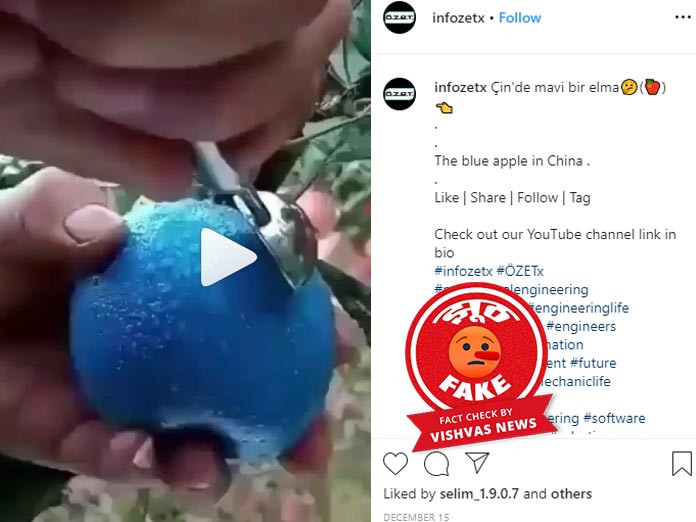 Vishvas News started its investigation and found that the video is viral across social media. We found the same post shared by some Facebook users:

On one hand, some social media users expressed concerns about whether the blue apple in the video is a product of Genetic Engineering, on the other hand, some users joked saying Roses are red and Apples are blue.

We found certain hints that gave us some clues. You can see the painted signs in some pictures from the video using the InVid magnifier tool.

We also found that the other fruits in the same tree are of natural color.

One of the users posted the high-quality video of a person cutting the blue-colored apple and we found that the blue color paint is all over his hands:

These hints suggest that the apple shown in the viral video is painted and not the natural colored apple.

Vishvas News spoke to Mr. Neeraj Kant, Asst. Director – Horticulture, NDMC. He said that this is a painted apple and not the actual colored one.